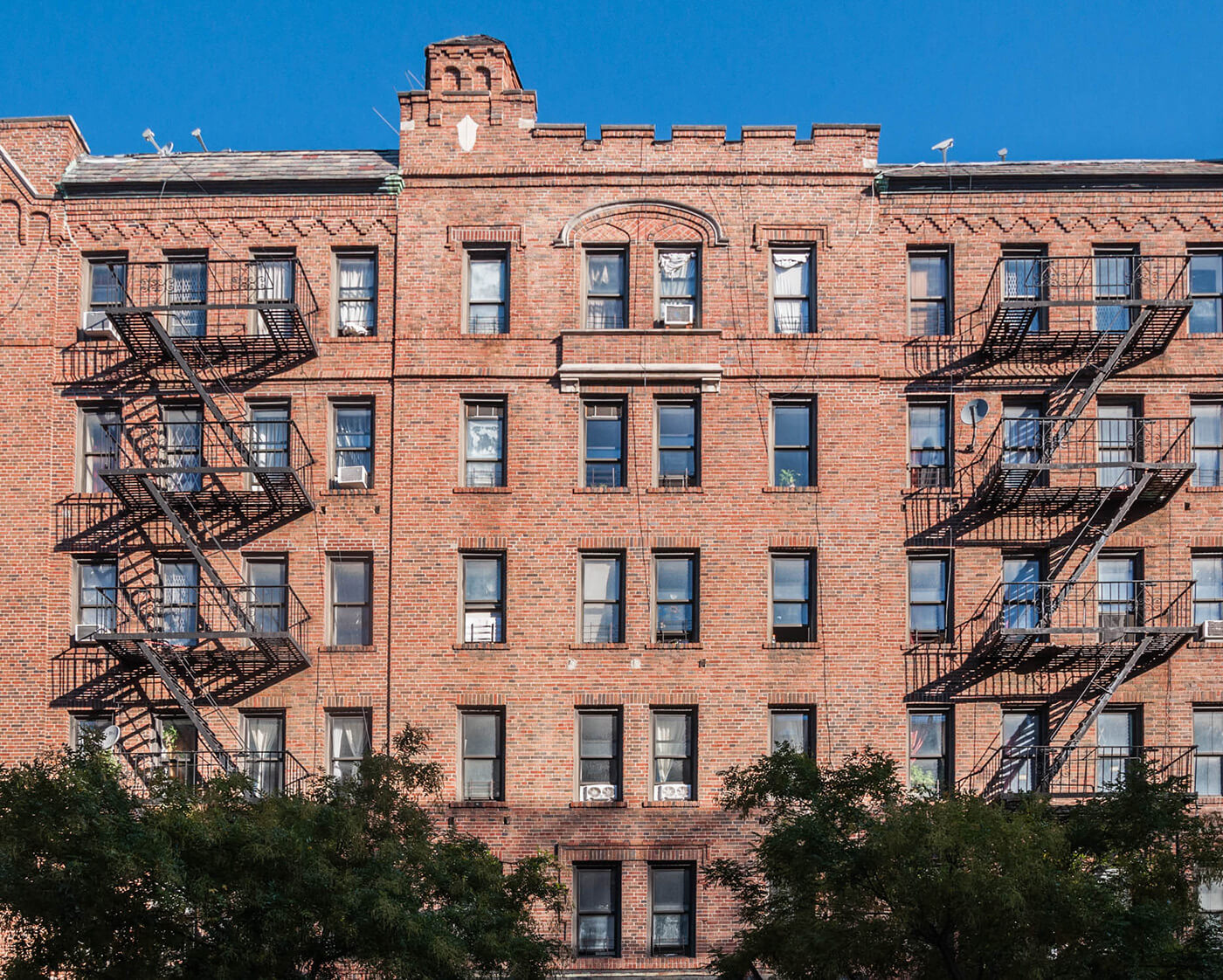 The prewar apartment is a New York City type that conjures visions of prime residences from the era of Dorothy Parker and Cole Porter with thick walls, high ceilings and hardwood floors.

The living room of a prewar apartment in Sunset Park. Photo by Town Residential

A quick definition of prewar apartments

A prewar apartment is one that was built before World War II. Authorities differ on whether it includes units built before 1900, but Brownstoner defines it as an early-20th-century building type that does not include Victorians, Colonials or other older buildings.

The floor plan for a prewar apartment in Sunset Park. Photo by Town Residential

The floor plan for a prewar apartment on Eastern Parkway. Photo by Douglas Elliman

Common features of a prewar apartment

Living areas are typically large, closets plentiful, and there may be decorative details such as beamed ceilings and recessed shelving.

Prewar apartment buildings were, by definition, created before the widespread use of air conditioning, and buildings are often organized around a court or series of courts. These central outdoor areas provide light and ventilation for interior spaces.

Prewar apartment buildings often have central laundry facilities and storage areas in the basement. Lobbies are often gigantic, elegant and elaborate, with coved ceilings, beams, and even faux fireplaces.

Where to find prewar apartment units

Prewar apartment buildings are more common in Manhattan, Queens and the Bronx than in Brooklyn, where townhouses predominate. Nonetheless, they can be found throughout the borough, especially in Brooklyn Heights, Park Slope, Prospect Lefferts Gardens, East Flatbush, and other neighborhoods that saw a building boom in the early 20th century.

Some of the best-known prewar apartment buildings in Manhattan include the Beresford and 740 Park Avenue, both dating from 1929 and designed by famed prewar architects Emery Roth and Rosario Candela, respectively. In Brooklyn, well-known prewar buildings include 2 Grace Court in Brooklyn Heights, 135 Eastern Parkway in Prospect Heights, and 9 Prospect Park West in Park Slope. The latter is known for the extravagance of its units, which typically include fireplaces, libraries, generous foyers, and galleries.

Listings for prewar apartments can be found by selecting prewar as a building feature when searching in Brownstoner’s real estate listings.