Stretching two miles along the Hudson River waterfront, the vibrant Port Imperial is both a destination and way of life.

There’s no doubt now the secret is out: New Jersey’s Gold Coast is a sparkling alternative to New York City living, bewitching residents with convenience, amenities, and postcard-perfect views of Manhattan and the Hudson River. Jersey City and Hoboken often steal the spotlight, but just a few miles north, Port Imperial is positioned to assume its place as a premier destination where the day-to-day is a symphony of waterfront beauty and proximity. 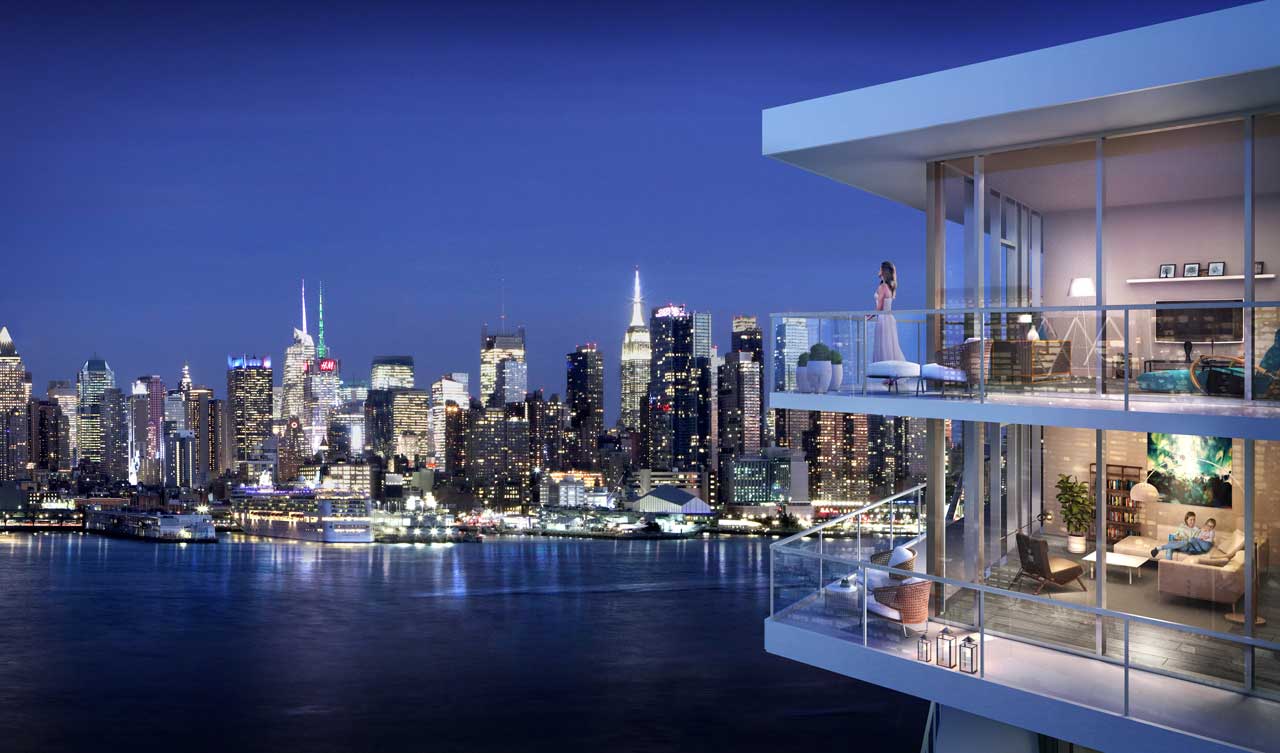 Port Imperial comprises Weehawken, West New York and Guttenberg, and delivers the lively and walkable scene of all three towns to residents. The residential experience is truly luxurious with eye-catching architecture, generously sized residences for rent or for sale, resort-style amenities and stunning city views. And centrally located directly across the Hudson River from Manhattan’s West Side, Port Imperial offers an easy commute with unparalleled proximity to Manhattan and beyond. Nine on the Hudson

A plethora of restaurants, shops, recreation, and entertainment is at Port Imperial’s doorstep, but if you work in New York or the mood strikes to venture out, there are easy on-site transportation options for a seamless excursion. 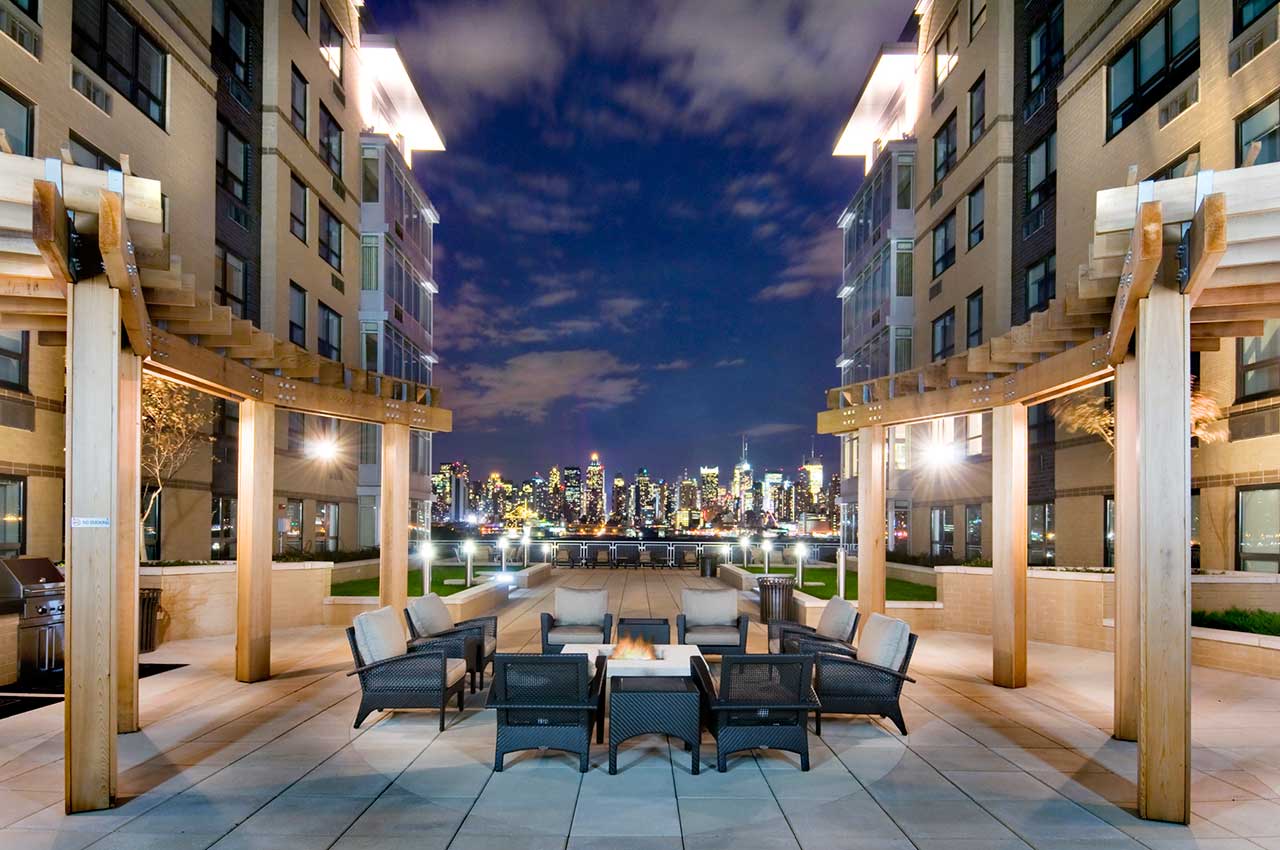 The New York Waterway ferry that embarks from the Port Imperial Ferry Terminal is the signature service for crossing the Hudson River fast. Departing every 10 to 20 minutes, ferries sail across, arriving at the 39th Street Pier in just eight minutes and at either Financial District stop (World Financial Center, Wall Street) in 15 to 20 minutes. Of course from Lower Manhattan it’s a convenient and quick subway or ferry ride to Brooklyn, and any one of the NY Waterway routes brings the pristine Port Imperial waterfront close to New York City possibilities. 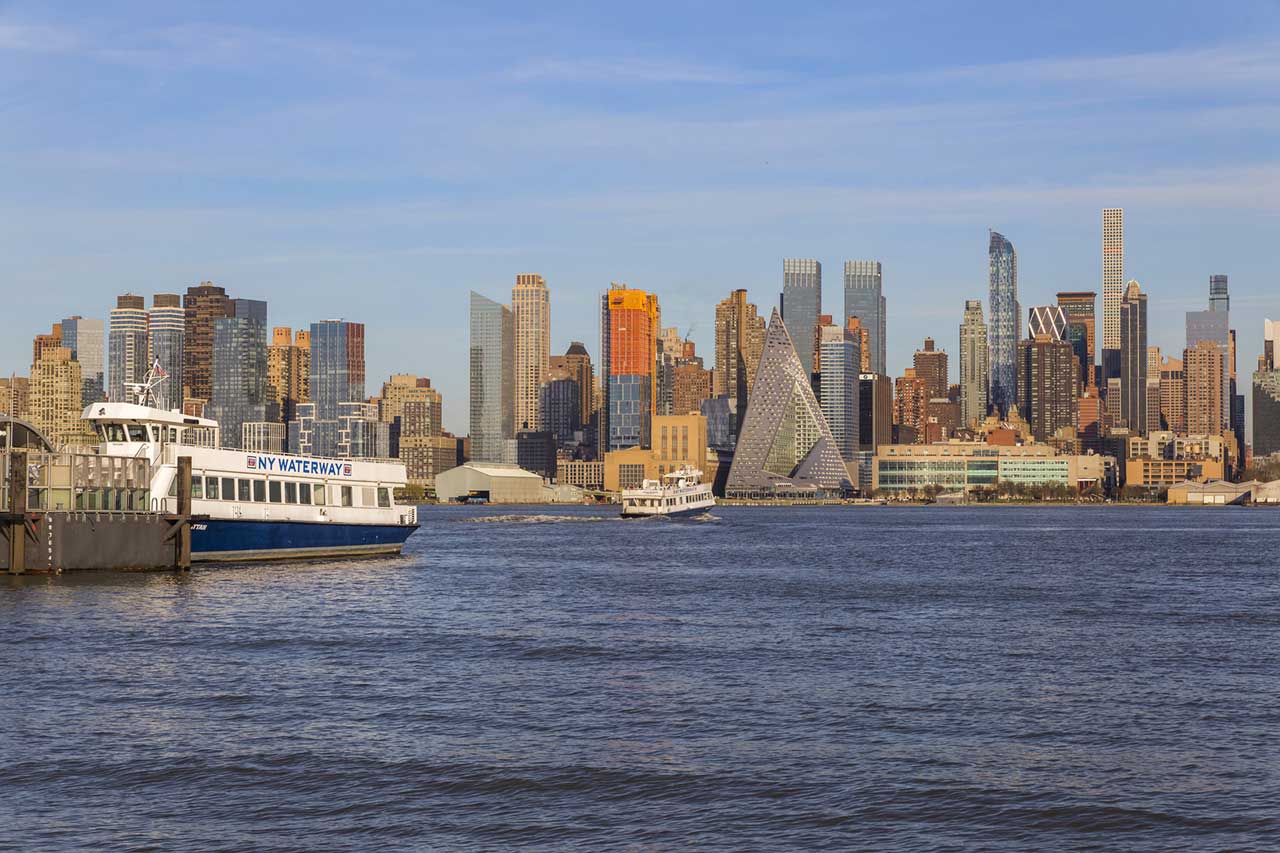 The remainder of New Jersey’s Gold Coast to the south — Hoboken, Jersey City, Bayonne — is just a ride away on the Hudson-Bergen Light Rail. With a stop at Port Imperial and numerous stops in each city, the Light Rail is an extremely efficient and inexpensive way to get around and offers easy connections to the PATH and NJ Transit. Traveling south by car is simple too and also affords trips to the city by way of the Lincoln and Holland Tunnels.

Last but certainly not least, the Port Imperial lifestyle is lived along the water. With the miles and miles of connected riverfront esplanades, riding a bike or simply walking from one Gold Coast city to the next is an active and idyllic option. 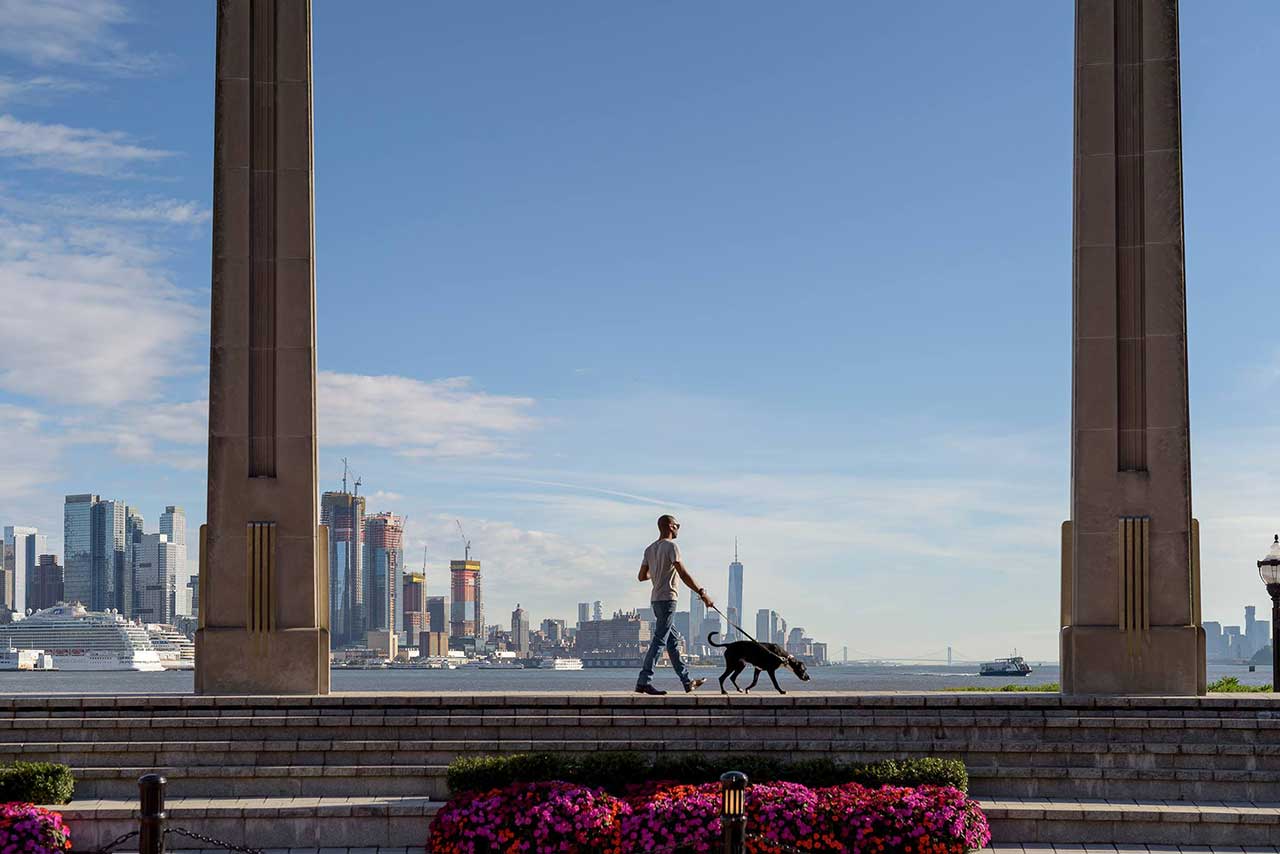 Port Imperial provides residents with luxury residences and amenities while also attending to every necessity by creating a singular and self-contained community. Weehawken especially has so much to offer — starting with access via the Weehawken Stairs beginning on Port Imperial Avenue — from the famed Charrito’s Mexican restaurant atop the Palisades to Uptown Weehawken’s restaurants, bars and shops. Weehawken, West New York and Guttenberg each contribute to this confluence of cities, at the heart of which is Port Imperial, for a walkable way of life and a luxe waterfront jumping off point.

To stay up to date on happenings at Port Imperial or to learn more about this vibrant, connected neighborhood, visit the newly launched Port Imperial website.